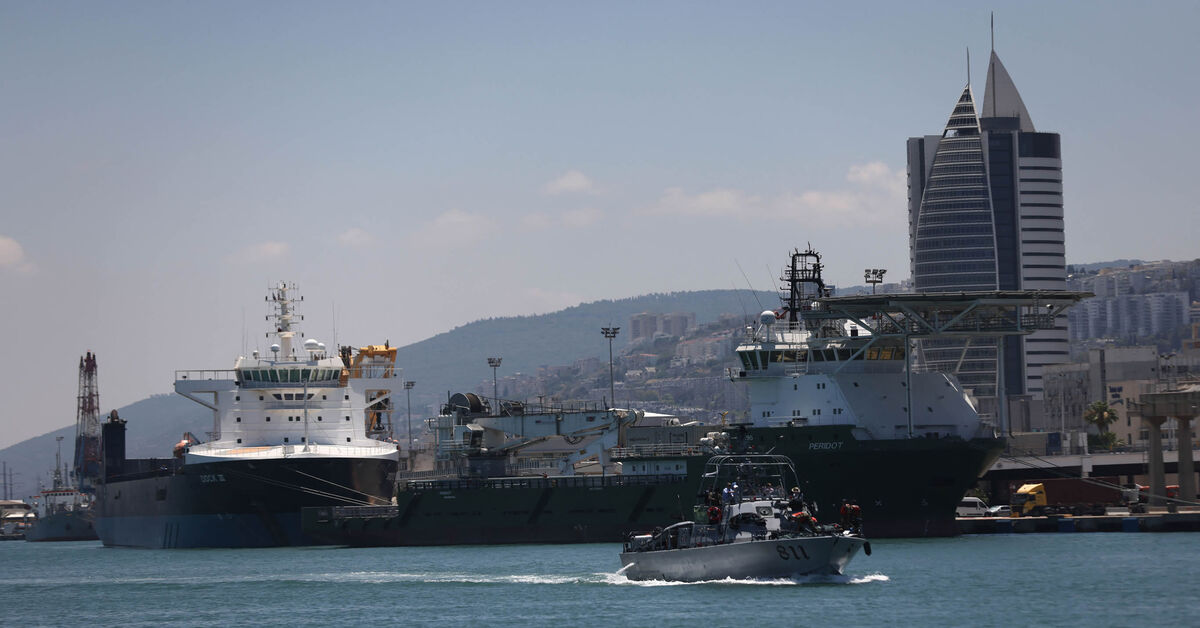 Israeli Government Tender Committee disqualified Turkey’s Yilport Holdings to participate in a tender to operate the port of Haifa, according to February 14 reports in Israel, due to its owners’ alleged affinity with a Franco-Lebanese company suspected of links to the Hezbollah.

Over the years, Israel faced problems in both the port of Haifa and Ashdod, due to the powerful unions that controlled their operation. To solve this problem, and for other reasons as well, another port was built in Haifa. The new port, operated by a Chinese company, has started operating. The old port is being privatized and sold to an operating company. The call for tenders in question concerns the privatization of the old port of Haifa.

Several international and Israeli companies participated in the international tender that was published, among them a group led by a Turkish company called Yilport, owned by Robert Yildirim, a Turkish businessman and friend of Turkish President Recep Tayyip Erdoğan. The latter allegedly sent a letter from business support through his transport minister to then-Israeli transport minister Miri Regev.

But Israeli security sources made it difficult for the group to participate in the tender for reasons that were not specified. Yilport decided to give up its control over the group – a consortium of several companies brought together for the tender – which had submitted the tender and transferred it to the American company GraeStone. The Americans got a 51% share of the group and the Turks ended up with 25%, with another 20% going to an Israeli company and another Turkish shipping company owning 4%.

Yet even after considering the change, the tender committee was unconvinced. It informed the consortium that it was considering disqualifying its participation in the call for tenders, subject to a hearing. During the hearing, the group’s representatives showed that Yilport operates and owns 29 seaports around the world, including near NATO and US Navy bases, after receiving security clearance for do it.

Obviously, the explanations at the hearing did not help. As mentioned above, last week the government informed conglomerate representatives that it was disqualified from participating in the tender. A letter sent to Eli Tilles, the group’s representative in the privatization process, stated that it had been decided to end the group’s participation in the process “for security reasons and for reasons related to Foreign relations of IsraelIn addition, the letter stated that due to concerns for state security and foreign relations, no details could be provided on the specific security considerations that led to this decision.

The Israeli authorities refrained from going into details, but these considerations were nonetheless flagged earlier this week. Apparently, the conglomerate was disqualified because Yilport’s owner, Yildirim, is closely linked to CMA CGM Group, one of the largest shipping companies in the world. The founder and owner of CMA CGM is a Lebanese businessman named Jacques Saadé, and it is managed by his son Rodolphe. CMA CGM operates the port of Beirut in Lebanon, where Hezbollah does what it wants and where the terrible explosion of Hezbollah’s ammonium nitrate stock took place. Over 200 people were killed in the blast and it caused massive damage to buildings.

Public intelligence and reports allegedly link CMA CGM to senior Hezbollah officials and Lebanese Shiite terrorist organization activity around the world. For example, the Lebanese Minister of Public Works and Transport Ali Hamieh is affiliated with Hezbollah, and it is he who gives work and operating permits to CMA CGM. The company also operates the port of Latakia in Syria, which is used by Iranian cargo ships to transport weapons to Hezbollah.

Similar information was provided by Israeli intelligence officials to the ministerial committee working on this issue as well as to the tender committee, and this information was the basis for disqualifying the conglomerate.

Yilport responded in a Press release to the Turkish press, saying: “We have no connection with any terrorist organization; they blocked our ability to invest in the port. The company is mentioned, CMA CGM is a French company, and the French government even owns shares in it. This company operates in 52 ports around the world, including the ports of Beirut and Latakia. The fact that the Hezbollah terrorist organization operates in Lebanon added an unsubstantiated link between the company and Hezbollah. The claim is weak. Yilport has never intervened in what is happening in Syria or Lebanon. It’s a political plot because we’re apolitical and they’re trying to make us look like politicians. Israeli companies conspired to disqualify Yilport from the Haifa port tender. On behalf of Yildirim Holdings, we condemn the baseless accusations against us.”

The disqualification of the Turkish group comes at a time of possible rapprochement between the countries, and ahead of President Isaac Herzog’s planned visit to Turkey in mid-March. But the Israeli decision to disqualify Yilport did not come as a surprise in Turkey. Hay Eytan Cohen Yanarocak, a Turkey expert at Tel Aviv University’s Moshe Dayan Center, told Al-Monitor: “Trust has not reached a level where Israel could allow a Turkish company to own a Harbor. However, he is optimistic. “That shouldn’t be an obstacle now. After normalization, Turkish companies could participate in tenders,” he added.

Also linked to this tender: 2 and a half months ago, the giant Emirati port company DP World, which had competed for the tender in partnership with Israel Shipyards (Maspenot) led by Shlomi Fogel, retired from the race. DP’s exit came after a hearing with the participation of Finance Ministry director Ram Blinkov, during which it was clarified that he could not control the port in practice, again, for security reasons.

It seems that the exit of DP had other reasons as well – geostrategic. At the end of November, Emirati Crown Prince Mohammed bin Zayed Al Nahyan visited Turkey and met Erdogan. After the surprising and highly publicized visit, the UAE announced a $10 billion investment in initiatives in Turkey. A few days later, DP World announced that it was withdrawing from the call for tenders for the port of Haifa. Sources familiar with the process believe that there is a close connection between these two events and that DP World sought to pave the way for Turkish Yilport and reduce competition between the two companies in these countries.

In another world with my smartphone Vol. 4