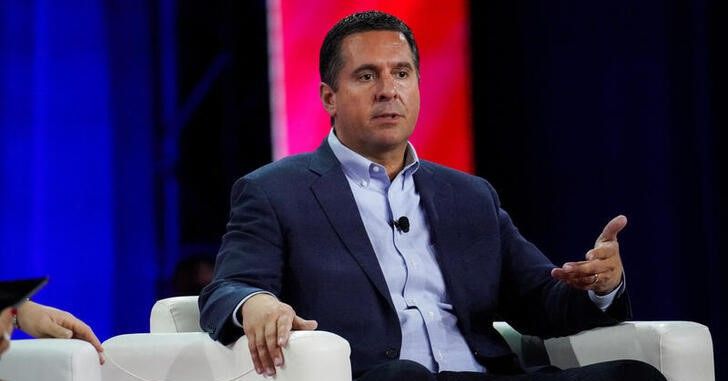 Nunes is suing Hearst and Lizza in federal court in Iowa over a 2018 Esquire magazine article, written by Lizza, that claimed the Nunes family’s dairy farm had moved from California to Iowa. The judge’s ruling dealt with Hearst’s request for information that the media defendants wanted to use to counter Nunes’ claim that the article caused him reputational damage. Hearst and Lizza have denied Nunes’ defamation allegations.

Nunes, who joined Trump’s media company in January from the US House of Representatives, had been the House Intelligence Committee’s top Republican. A lawyer for Nunes, Steven Biss, did not immediately return a message seeking comment on Monday.

Hearst and Lizza, a former Esquire correspondent who was hired at Politico in 2019, are seeking information that includes Nunes’ integration into Trump’s media company and copies of all employment agreements and contracts. Lizza did not immediately respond to a message seeking comment, and a representative for Politico declined to comment.

Trump’s company argued that the requested information was irrelevant to Nunes’ defamation case and that complying with the requests would be cumbersome.

Last year, the 8th US Circuit Court of Appeals upheld the dismissal of Nunes’ ‘express’ defamation claims, but revived the ‘defamation by implication’ claims based on a tweet sent by Lizza in 2019 linked to the Esquire article.

Nathaniel Boyer, an attorney in the Hearst legal department who has argued cases before Matthewman for Esquire and Lizza, did not immediately respond to requests for comment.

For the Applicant: Deanna Shullman and Rachel Fugate of Shullman Fugate; Nathaniel Boyer of the Hearst Corporation

Trump’s social media deal can’t be done in time and needs to be extended, buyer says