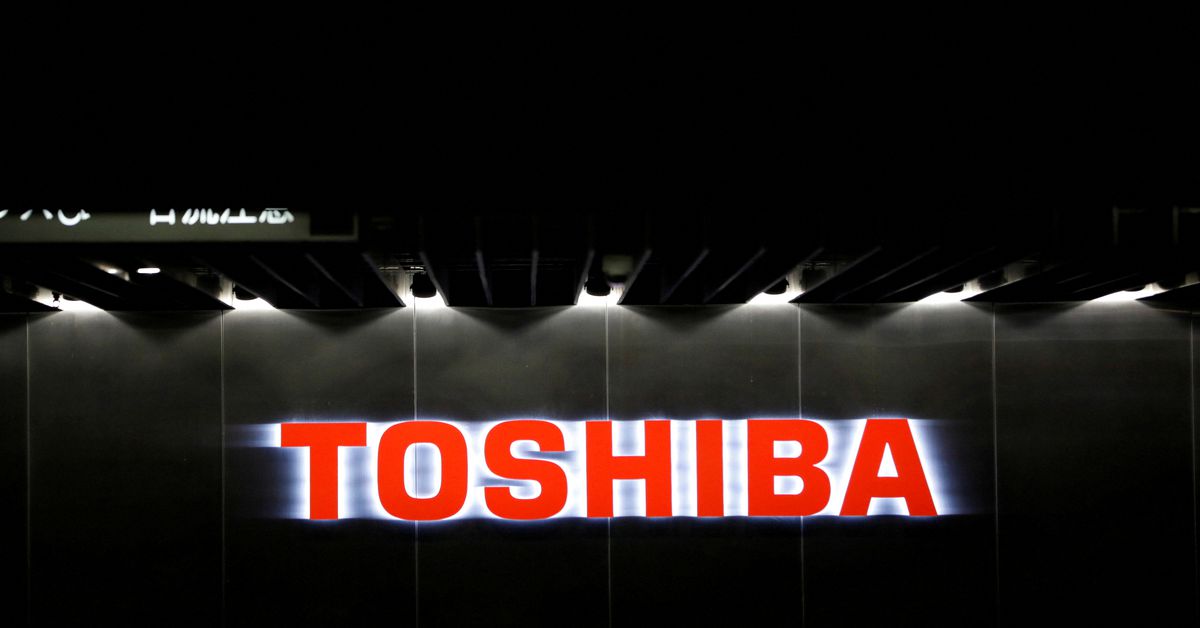 TOKYO, Feb 14 (Reuters) – Japan’s Toshiba Corp (6502.T) plans to call an extraordinary general meeting of shareholders on March 24 to seek their initial approval to spin off its device business, the company said on Monday. company.

The final, legally binding vote on whether to break up the 146-year-old conglomerate won’t take place until next year, but next month’s meeting will be a key indicator of shareholder support for the board’s restructuring plan. administration.

Toshiba’s plan has been criticized by some foreign hedge funds with stakes in the company.

The board chose the breakup plan over takeovers after a thorough review that involved discussions with private equity firms over the terms and price of a potential deal to take the company private, the company said. general manager Satoshi Tsunakawa at a press conference.

However, if the breakup plan does not win majority support, all options will be considered, including a deal to take the company private, Tsunakawa said.

Such a deal is seen as a potentially bigger boon to shareholders, including foreign activists who now own nearly 30% of the company.

Reuters reported that Toshiba has pulled out of potential private equity buyout offers at a substantial premium, as well as advanced talks for a minority stake in Brookfield in Canada (BAMa.TO).

The board and 3D proposals would require the approval of just over half of the shareholders.

This month, Toshiba proposed to split the business that includes its power chips and hard disk drives, revamping an earlier plan to split into three companies – one for devices, its power business and infrastructure and another for its Kioxia flash memory chip assets. .

Sources from several shareholders told Reuters they saw the changes as simply a way for Toshiba management to circumvent investor opposition, although the company has repeatedly denied this.

The previous three-party breakup plan, which called for the shedding of a much larger share of assets, would have required two-thirds approval.

Toshiba on Monday reported operating profit of 42.7 billion yen ($369.85 million) for the October-December quarter, up from 20.9 billion yen a year earlier.

But it cut its full-year profit forecast by 9%, to 155 billion yen, blaming soaring materials costs and semiconductor shortages.