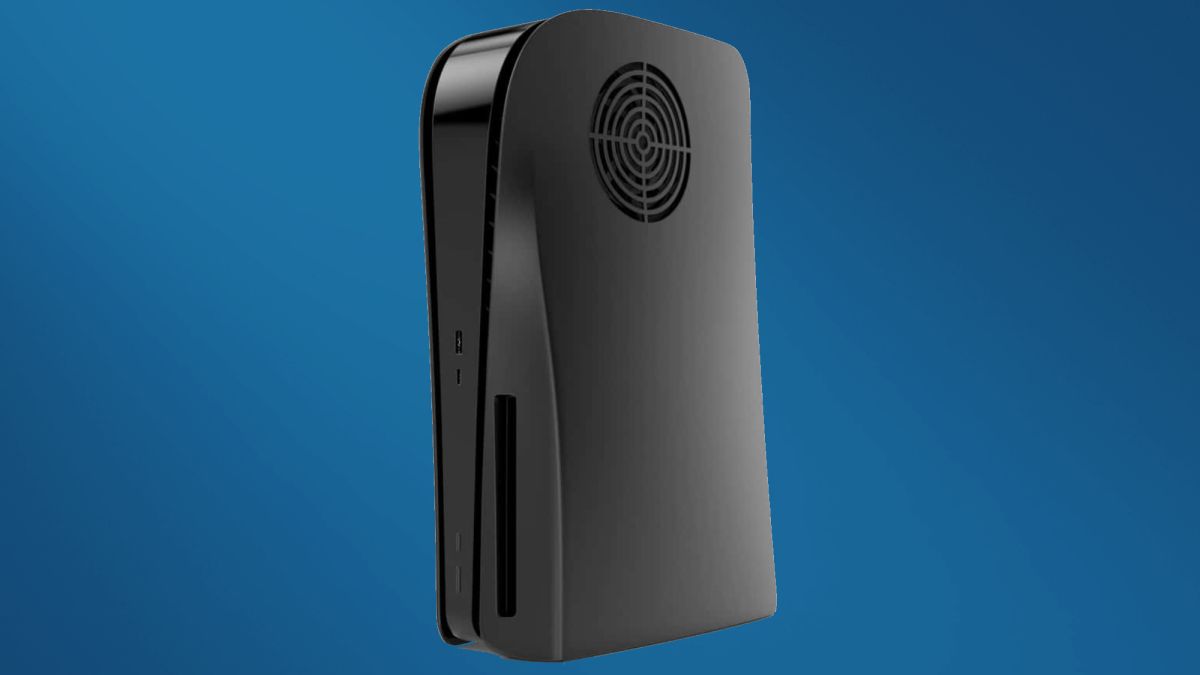 Earlier this year, accessory maker dbrand released “Darkplates” which replaced the original white PS5 plates with matte black plates, allowing the console to match the darker colors of other home electronics. Then last weekend, dbrand was forced to withdraw the plates from sale after Sony sent a cease and desist letter.

But that’s not the end for Darkplates. In fact, the company took this blow in stride and came back with “Darkplates 2.0”. A reimagined version of the original Darkplates that dbrand says makes them immune to copyright lawsuits, even in light of Sony’s latest crackdown.

Of course, dbrand dared Sony to go legal when it launched the first Darkplates, leading fans to criticize the company for giving in to a legal threat so quickly. However, according to a large Reddit post announcing Darkplates 2.0, dbrand confirmed that things weren’t as straightforward as they looked from the outside.

It turns out that Sony got a design patent for the PS5 plates between the launch of the original Darkplates and the legal threat. So while dbrand was not doing anything worthy of a lawsuit when it launched the plates, assuming Sony would never get a design patent, the fact that it was using a now-patented design meant that the company legally had wrong.

The options were to either spend millions to fight existing copyright law or start over with a new design. So he did the latter, helped by the fact that the company had already done a bunch of work to develop their own custom PS5 plate design. Thus, Darkplates 2.0 was born.

The Darkplates 2.0 are noticeably different from the originals, which were pretty much carbon copies of the original PS5 plate design. Not only are the console fenders now gone, which means the plates look much straighter and nicer, but each individual plate has a large fan vent on the side.

Oddly enough, the vents are placed just above the console’s internal fans. According to dbrand, these vents set its new design apart from Sony’s patented one and will help improve the PS5’s cooling system. Because the standard hotplates essentially “choked” the fans and made the console about nine degrees Fahrenheit hotter than a console without them.

dbrand also closed all complaints about dust, claiming that your PS5 probably already contains dust. Which is probably true, since dust is seeping everywhere whether you like it or not. So optional mesh grills are included to help keep pesky stuff out of your PS5. Or, alternatively, you can use them as “insanely impractical coaster”.

The new design also comes with new colors and accessories. If you like the new design but hate the color black, you’ll be happy to know that dbrand now offers Darkplates 2.0 in white.

White Darkplates is a complete oxymoron, but if you like snow-white styled gadgets, this is an option. There are also “retro gray” Darkplates, which are designed to match the colors of “a retro console that will go unnamed”. Which looks a lot like the original PlayStation.

The price has changed, however. Previously, Darkplates cost $ 60, but Darkplates 2.0 cost $ 69.05. However, they are currently at a reduced price and can be purchased for $ 59.05. The price is the same for all colors, and whether you buy plates for the disc or digital editions of the console. Shipping is free if you live in the United States or Canada, although international orders incur additional charges.

Also on sale are “lightstrips”, which are semi-translucent vinyl strips that cover the existing LED strips on the side of your PS5. Although dbrand admits he didn’t invent the idea, he does claim that his “proprietary dual-injection coloring process ensures the brightest stripes of light available on the market.” those on both sides of the console. They cost $ 4.95 each.

Understandably, the company’s “mid-range skins,” which add flair to the PS5’s center bar, are still on sale for $ 9.95.

dbrand admits Sony will probably still try to sue, but claims to be clear because it has developed its own original design. In other words, Sony apparently has “no basis to allege a violation.”

Pre-orders won’t start shipping until January 2022, so unfortunately you have a bit of a wait. However, if you missed Darkplates the first time around, maybe because you failed to grab a console in one of the recent PS5 restockings, it looks like you’ll be safe for now.