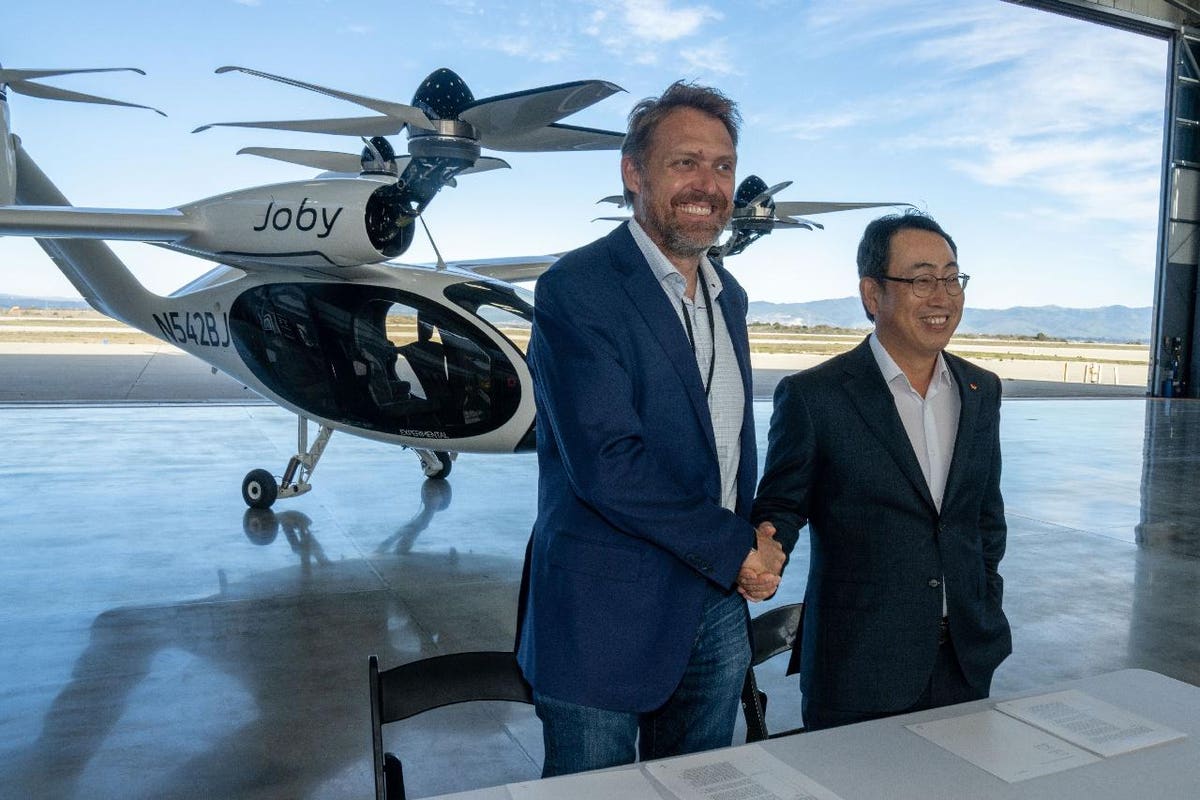 The two companies have signed an agreement to collaborate at Joby’s manufacturing facility in Marina, Calif., to develop electric vertical take-off and landing vehicles, or eVTOLs.

While plans to introduce air taxis are still on hold, the collaboration is a major step forward in the area of ​​urban air mobility (UAM) for SK Group, a conglomerate best known for its semiconductor business. and telecommunications.

“By joining forces with Joby, a world leader in this field, we expect to accelerate our journey into the era of urban air mobility and pave the way for the introduction of this exciting new technology,” noted Ryu Young-sang, CEO of SK Telecom, at the unveiling of the partnership.

“Collaborating with leading global companies is key to providing leadership in future industries, which we believe will be driven by the growth of UAM, autonomous driving and robots,” Ryu added. .

The five-seat air taxis made by Joby will have a maximum range of 150 miles in a single trip and a top speed of 200 mph. Without making loud noises, emission-free rideshare planes won’t disrupt populated areas, the companies said in a joint press release.

To hail these air taxis, users will likely need to reserve a seat on a vehicle through an app before boarding at a designated pick-up location, though further details are unclear. SK Telecom declared last year that it hopes to develop a reservation system for UAM rides, as well as connections to other types of transportation.

The Joby-SK air taxi service aligns with the goals set by the South Korean government for the next decade. Last year, South Korea’s Ministry of Land, Infrastructure and Transportation released a roadmap for UAM development that sets a goal for urban commercial air travel to begin by 2025.

Such air travel could be convenient, as traffic congestion is a problem in densely populated urban areas in South Korea, such as the city of Seoul. For distances between 19 and 31 miles, trips that would take an hour by car could be reduced to 20 minutes by plane, according to the ministry.

In recent years, SK has made strides in the UAM market, including partnering in 2019 with Hanwha Systems, part of Korean conglomerate Hanwha Group, as well as Korea Airports and the Korea Transport Institute. , to develop the infrastructure and aircraft needed for the UAM. services.

More broadly, under Chey’s leadership, the huge family business has expanded in recent years to invest in areas ranging from biotechnology to cryptocurrency to electric vehicle batteries. In 2019, Chey oversaw the spin-off of SK Square, an investment firm dedicated to “aggressive investing” in new technology, from SK Telecom.

Yet SK Telecom is just one of the companies in the government-run “UAM Team Korea,” a group that will develop air mobility services. In November 2021, several companies jumped into the ring when Lotte signed a deal with Chicago-based gyroplane maker Skyworks Aeronautics to launch air taxis, and Kakao Mobility announced it would be working with German company UAM Volocopter to develop air taxi services by 2025.

Existing industry players joined the fray the same month, when Supernal, a company formed by Hyundai Motor, Hyundai Mobis and Kia, announcement its plan to develop air taxis by 2028.

Updating a previous report published in 2018, the authors of the Morgan Stanley report suggested that eVTOLs may have the potential to “reinvent and resize” the transportation market, such as the use of automobiles in the early 20th century, or commercial airlines after World War II.

In the United States, Joby has spent more than a decade developing the technology behind its aircraft, performing more than 1,000 test flights and earning unique certification from the Federal Aviation Administration (FAA).

With support from SK Telecom, Joby’s ridesharing service will be operated directly by the company and offered to passengers via the Joby app or the Uber app in major US markets.

Commenting on the partnership and the opportunity presented by the South Korean market, JoeBen Bevirt, Founder and CEO of Joby, said he hoped to make air travel “a part of everyday life”.

As Bevirt said Forbes in November 2020, this dream was a near future. “If we can fly, we can turn our streets into parks and make our cities much better places to live,” he said.