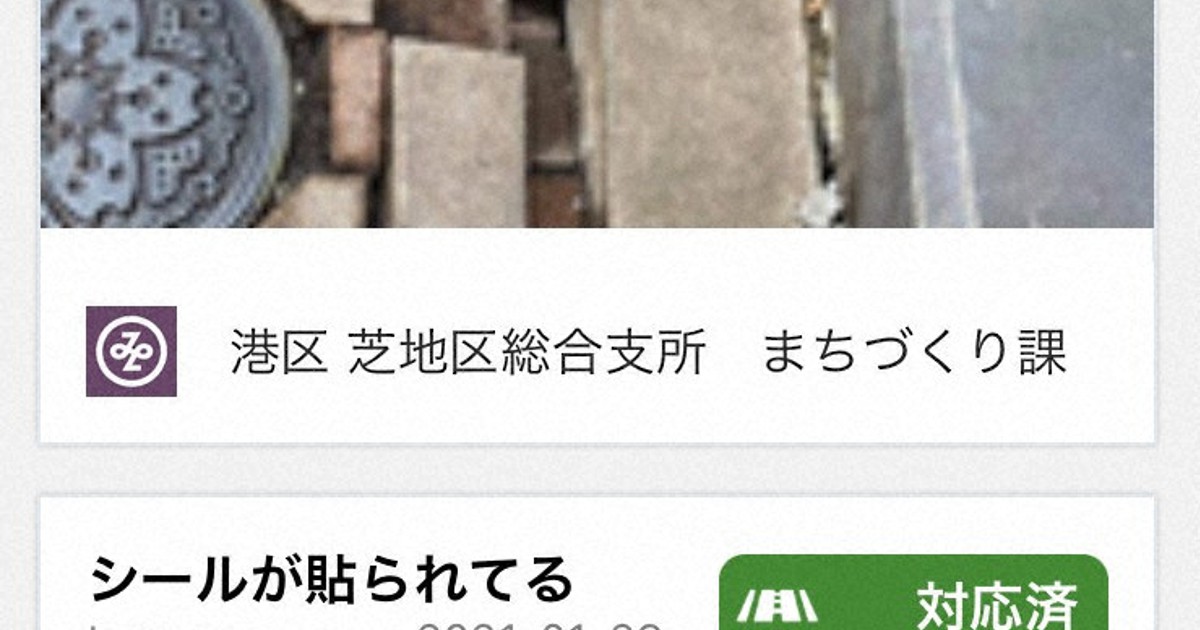 TOKYO — A smartphone app for reporting road damage in the capital to the metropolitan government or other local governments now covers every corner of Japan’s capital.

Once people post photos of problems such as cracks in the roads, the Tokyo Metropolitan Government or other local agencies will work to fix them.

The application was developed by researchers from the University of Tokyo. The metropolitan government joined the project in February 2020, testing the system in Katsushika and Shinagawa wards. They gradually expanded the area, adding Chiyoda Ward, the suburban town of Hachioji and nine other Tokyo wards and cities in March, covering metropolitan, ward and municipal roads in these areas. And since April, the service has covered all metropolitan routes in the capital, including those on remote islands.

The “My City Report” application is easy to use. By uploading it to a smartphone, users can post photos of trouble spots along with information such as location and comments. Subway, district or municipal administration employees check the problem on the spot and organize repair work if necessary. Users can also check on the app if the issue has been resolved. They can quickly point out problems that could lead to accidents, such as sinkholes, clogged ditches, illegal dumps, discolored lines on roads, and distorted traffic mirrors.

During the two-year test period, some 16,000 pieces of information were flagged and governments apparently resolved most issues within days.

A metropolitan government official said, “We’ve had people pointing out issues that governments haven’t easily noticed. By cooperating with people in Tokyo, we’d like to improve traffic safety.”

Officials intend to expand cooperation in the use of the application with local bodies in the capital.