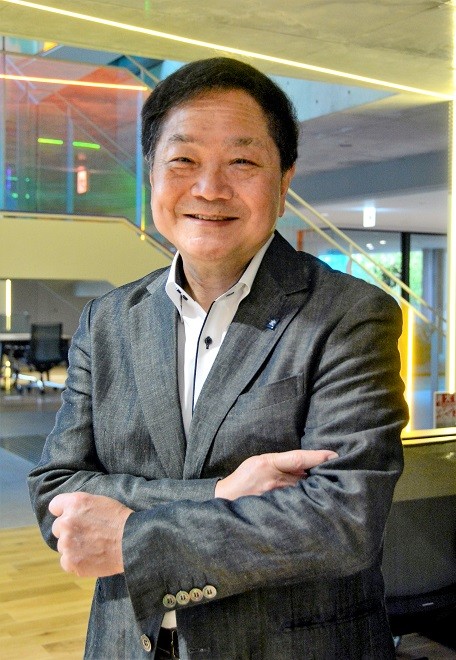 Ken Kutaragi, hailed by the gaming community as the “Father of PlayStation”, now has another accolade to add to his illustrious career after Kindai University in western Japan named him Dean of its new computer science faculty.

“I may be the oldest person on campus, but my heart will always be that of a boy,” the 71-year-old said. “I want to inspire students to think creatively to shape the future.”

Born in Tokyo’s Fukagawa district, Kutaragi as a child loved taking apart machines to see how they worked. His curiosity never wavered.

He joined Sony Corp. in 1975 after graduating from the University of Electro-communications and later served as vice president of the electronics giant.

But Kutaragi faced a backlash from his colleagues as they considered him a nonconformist. They complained that he was spending too much time developing a home video game console, which they disparaged as nothing more than a toy.

But that all changed after the first Sony PlayStation was released in 1994. The series sold over 500 million units worldwide.

“Reality has caught up with a world that had been made fun of as my illusion and hobby,” Kutaragi said sportingly.

It’s fair to say that the PlayStation, like Walkman before it, is now Sony’s signature product.

Technologies developed from 3D video games, derived to create the “metaverse”, or online virtual spaces, and the “digital twin”, which is used to virtually recreate physical spaces, are rapidly evolving, causing a rush for talent digital on a global scale.

The department began operating in April in a new building at the University Complex in Higashi-Osaka, Osaka Prefecture. It is equipped with an exclusive facility for electronic sports, or e-sports. No wall separates the different research groups.

“I want to bring together students and faculty, and crazy ideas, and ignite the curiosity of people around the world to create something together that we’ve never seen before,” he said.

Kutaragi’s goal in his lectures each week is to nurture the “capacity to fantasize”.

In his first class, he told nervous freshmen, “I’m also happy to give advice on starting a business. It will most likely fail, but you shouldn’t be afraid to make mistakes.