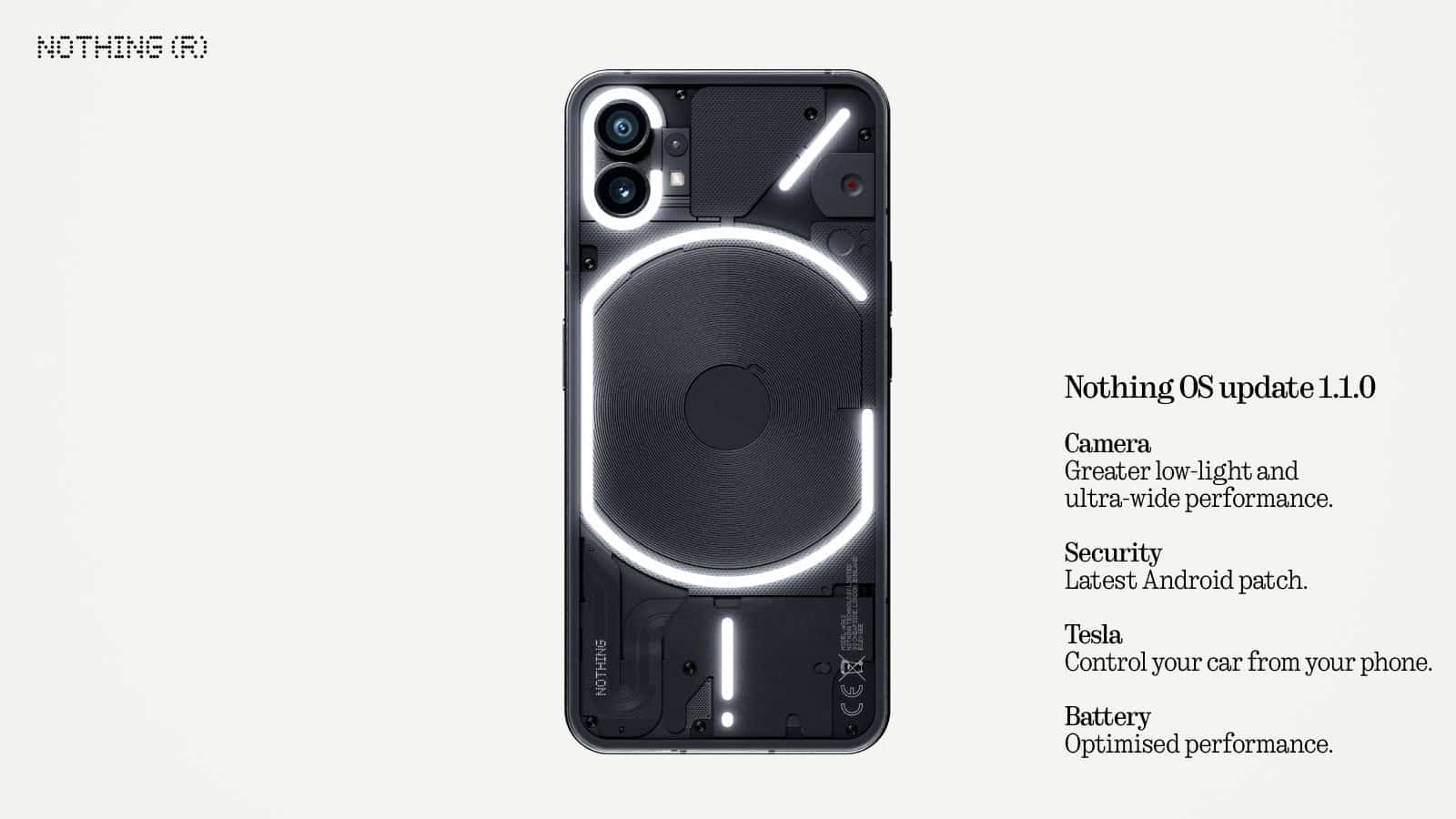 Nothing Smartphone: To provide a fast and smooth experience, smartphone company Nothing has released a new software update. The new version has a better camera experience and a new Tesla Control feature, the company said.

“Phone (1) is already getting better. The latest version of Nothing OS is here. Updated for better clarity from the ultra-wide camera. Sharper images in low light. New Tesla Control feature. And optimized battery life. Check out all the improvements here: https://nothing.tech/blogs/news/a-better-camera-experience-and-a-new-tes…“, Nothing tweeted.

The phone (1) is already improving. The latest version of Nothing OS is here.

Here’s what’s improved in the new Nothing OS 1.1.0 update:

Camera:
– Noise reduction to make low light photos crisper and clearer.
– Low light photos have improved dynamic range. This means greater contrasts between light and dark.
– Balanced colors on main and ultra-wide sensors. So the shots are vibrant no matter what camera you use.
– Improved ultra-wide camera image clarity.
– Glyph lighting is now available in Portrait mode. Enable it to make images brighter.

Other improvements:
– Introduction of Tesla control function
Features include – turn on the air conditioning, unlock the doors, check the battery status and open the trunk – with a tap.

– Battery life goes further
The company has worked on the battery life of the smartphone. The team optimized background apps so they don’t consume power when the phone (1) is sleeping.

– Changes in the beta launcher.
The team made the search bar on the home screen optional.

– Face unlock speed
The company has improved the speed of unlocking the face of the smartphone. Now the phone (1) can be opened even faster, the company claimed.

“To update the software and enjoy the first update of Nothing OS, go to Settings > System update in the phone (1),” said Nothing.

Medical Displays Market Will Receive Further Boost with a CAGR of 4.9% by 2027 | Allied Market Research