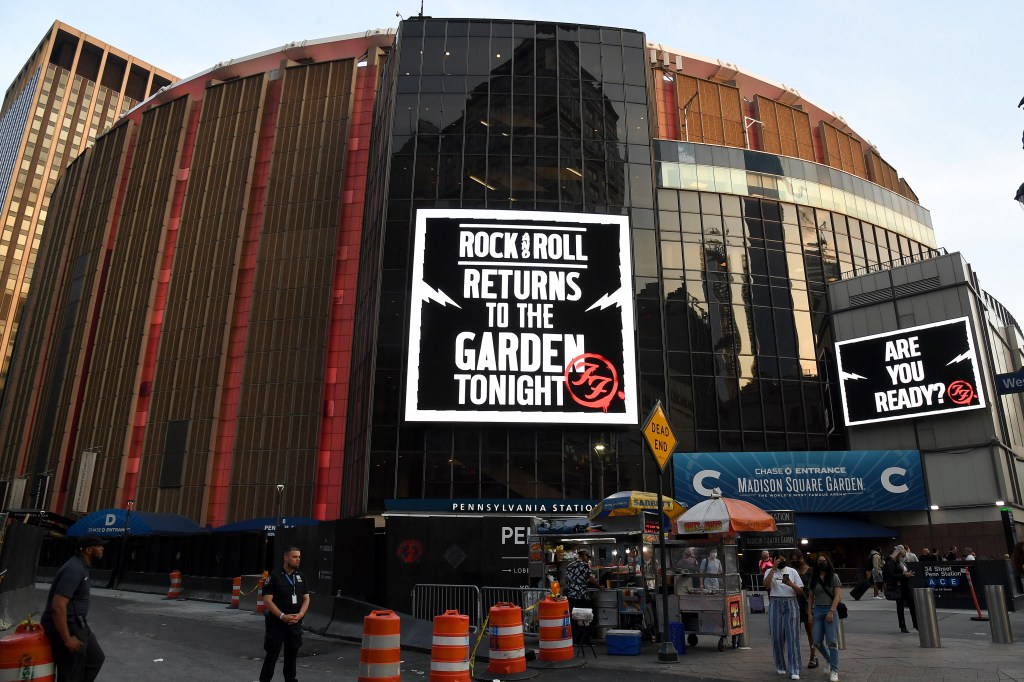 A deal would separate the live entertainment and MSG Networks businesses from MSG Sphere and Tao Group Hospitality to create two public companies, MSG said. No timetable for a possible transaction has been set.

Shares of Madison Square Garden Entertainment jumped 6% in after-hours trading on the news.

The Dolan family, which controls MSG, previously oversaw a spin-off of its entertainment and sports assets in 2020, and MSG Sports and MSG Entertainment have negotiated separately since. Cable television was the family’s longtime focus until it sold Cablevision for $17.7 billion to French conglomerate Altice in 2016.

In 2020, MSG also struck a $400 million deal with Los Angeles Clippers owner and former Microsoft CEO Steve Ballmer to buy the Forum in the Los Angeles suburb of Inglewood. The deal removed a big hurdle in Ballmer’s plans to build a new arena for his NBA team, which has shared Crypto.com Arena (fka Staples Center) with the Lakers since the building opened in 1999.

“This potential transaction would create two companies, each with a distinct value proposition for investors,” Executive Chairman and CEO James L. Dolan said in a statement posted on the company’s website. “The live entertainment and media company would include Madison Square Garden, Christmas Spectacular production and MSG Networks and would generate substantial free cash flow. The second company, comprised of MSG Sphere and Tao Group Hospitality, would focus on unique shared experiences, innovation and global growth opportunities.

The Dolan clan also controls Madison Square Garden’s major tenants: the NBA’s Knicks and the NHL’s Rangers. Today’s announcement does not mention either team. His holdings also include the Radio City Rockettes, Hulu Theater at Madison Square Garden, and Windy City’s Chicago Theatre. The company is building a new venue in Las Vegas – MSG Sphere at the Venetian – and has announced plans to build a second MSG Sphere in London.

Here are the details, per MSG Entertainment:

The live entertainment and media company should include:

Dade Hayes contributed to this report.