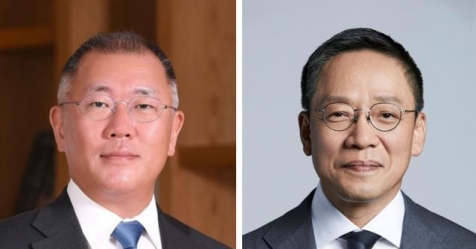 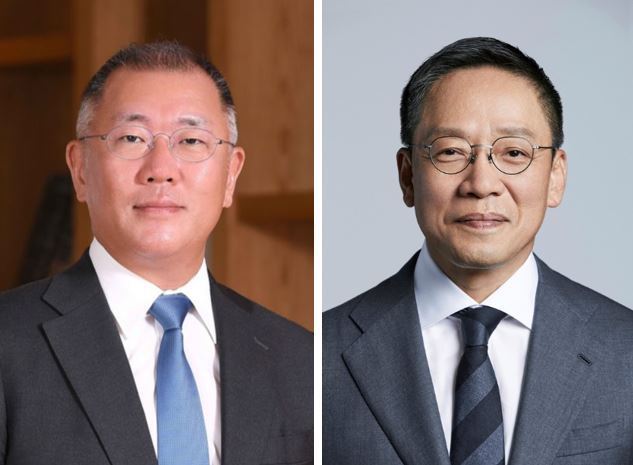 As the independence of Hyundai Motor Group’s financial arms seems increasingly likely, concerns are growing that they will face higher debt financing costs as a result.

The outlook was raised amid signs of restructuring governance for Hyundai Motor Group to allow for a full family succession that would consolidate control over President Chung Euisun.

A separation of financial arms is key to transforming Hyundai Motor Group into a holding company under Korea’s antitrust rules. Korean law describes the doctrine of the separation of industrial and financial capital, prohibiting a non-financial conglomerate with a holding structure from owning a stake in a financial services company.

But a separation could increase the cost of debt financing at home and abroad for Hyundai Motor’s financial subsidiaries.

Hyundai Card is a consumer credit company, while Hyundai Capital Services is dedicated to auto finance.

The two companies’ credit ratings for senior debt by Korean rating agencies – Nice Investors Service, Korea Investors Service and Korea Ratings – were downgraded at the end of 2019 from AA + to AA, alongside the downgrade of Hyundai Motor and Kia. Hyundai Card and Hyundai Capital ratings have yet to recover.

The global rating agency Fitch Ratings has assigned Hyundai Card a BBB rating and Hyundai Capital a BBB + rating since 2012. But its analysts believe that the independence of financial branches vis-à-vis the conglomerate could lead to a reassessment.

“Our take on the parent company’s strong propensity to support Hyundai Card is driven by the card operator’s strong ties to the group,” said Matt Choi, director of APAC Banks at Fitch Ratings.

Choi added that Fitch expects the group’s majority ownership in Hyundai Card to continue for at least the next 18 months.

“If the ownership of the group were significantly reduced for any reason, we would reassess its ties to the group to decide whether parents’ propensity to support has indeed reduced,” he said.

The total amount of financing for the Hyundai Card stood at 14.9 trillion won ($ 12.7 billion) at the end of June, with domestic financing amounting to about 90 percent, according to the company. Hyundai Capital was worth 27.4 trillion won.

The president of Hyundai Motor is seen to be paving the way to take control of the auto construction conglomerate. At the same time, the group is seeking to unwind the circular cross-shareholding structure to gain transparency, as part of a restructuring announced for the first time in 2018.

One example is Hyundai Engineering’s impending initial public offering, in which the company hopes to target 10,000 billion won in equity value. This is seen as a way for Hyundai Motor Group Chairman Chung to obtain liquidity, with the proceeds likely to be used to increase his stake in what could be the group’s holding company, or to pay taxes. that would result from changes in ownership, such as donation tax.

Hyundai Engineering has not yet filed an application to enter the market with the exchange operator, the Korea Exchange.

A governance restructuring is also underway within Hyundai Motor’s financial branches, including a consolidation of the influence of Vice Chairman Chung Tae-young’s management over the companies in which he and his wife Chung Myung-yi. have holdings, the financing branch of Hyundai Commercial companies.

The brother-in-law of Hyundai Motor group president Chung offered to leave Hyundai Capital earlier in September and has pledged to focus on two more subsidiaries, Hyundai Commercial and Hyundai Card.

Meanwhile, the moderate growth of Korea’s credit industry puts Hyundai Card’s IPO plan in disarray, as the company has said it has no plans to IPO at following the change of its shareholders to Fubon, based in Taiwan.

Hyundai Card declined to comment on the implications of Chung’s retirement from the Hyundai Capital job or the group’s family succession plan.

MaxVIL plans to expand the real estate sector; looking to add at least 2 projects in…