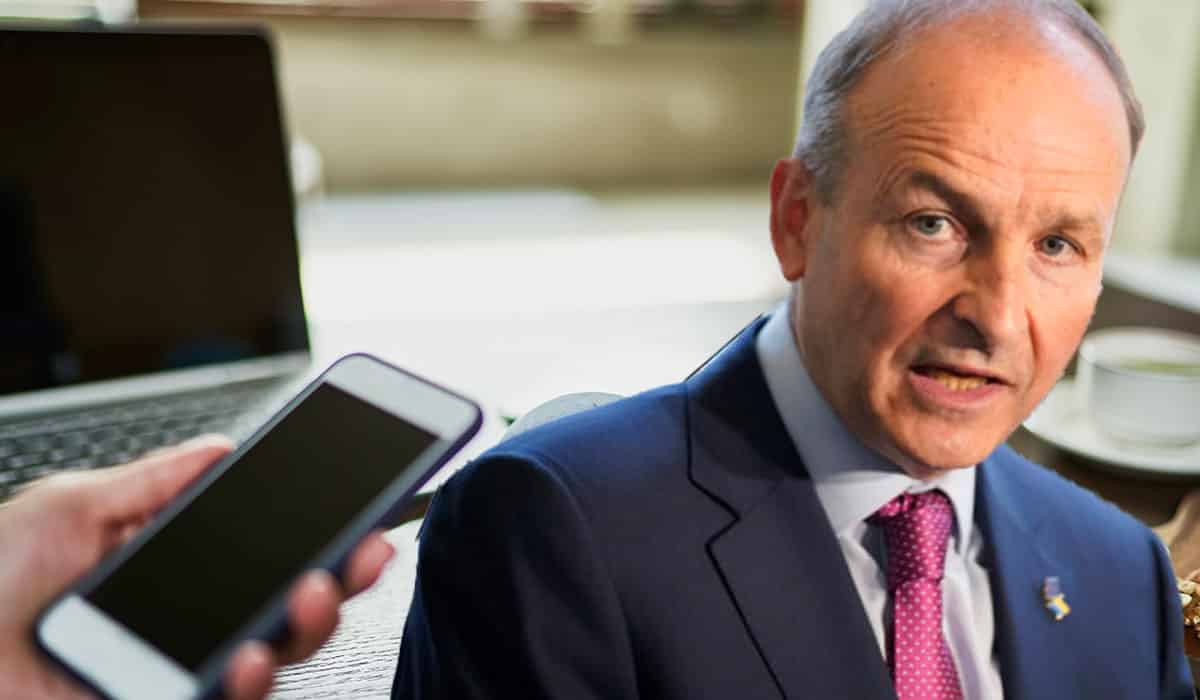 Laptop, tablet and smartphone users could be targeted under reformed TV licensing model

People using laptops, smartphones and other electronic devices could be targeted under a reformed TV licensing model after the government rejected calls for it to be scrapped and replaced with funding directly from the Treasury.

The measure was the only one of 50 recommendations made by the Commission’s long-delayed report on the future of the media that was not accepted by the government on Tuesday.

Taoiseach Micheál Martin and Media Minister Catherine Martin pledged yesterday to make the TV licensing system “more sustainable”, but a decision on the future of the tax has now been pushed back to November.

On Tuesday, former RTÉ board member Larry Bass said it added to the “ongoing saga of the can thrown so far down the road that it is almost forgotten”.

The national broadcaster has repeatedly said the current television licensing model is ‘not fit for purpose’ and is subject to high levels of evasion.

He recently claimed that he was losing around €65 million a year due to people not paying the €160 fee.

Media Minister Martin Catherine Martin said a technical group will now examine alternatives to the Commission’s proposal, which will include whether those who access content on laptops, smartphones and tablets will have to pay the fees of license.

The current rules state that a person is only liable for the €160 fee if they own a television.

“That will be one of the issues that the technical group will have to look at is households that don’t have televisions,” Minister Martin said.

“I think that would be one of the issues. But there are others. There are the changes to the current legislative provisions that were necessary to underpin a robust collection method, how to apply it, and the most appropriate collection methods through An Post.

“Obviously, you have to look at how media consumption has changed. I assume that will be reviewed by the technical group.

After a nine-month delay, the Commission’s report on the future of the media has been published following yesterday’s Cabinet meeting. He was presented to the Taoiseach and Minister Martin last October.

The Commission has recommended replacing the fee with a system based entirely on public treasury funds from 2024.

“After a detailed review of RTÉ’s financial situation, the Commission recommends that, prior to the introduction of a new public funding model in 2024, the government should ensure that RTÉ is funded, through a combination of license fee income TV and Treasury contributions, in the amount of 219 million euros in 2021, 213 million euros in 2022 and 214 million euros in 2023,” the report states.

The Taoiseach said it would not be financially viable to fund RTÉ to the tune of €300m a year.

“The government has given a lot of thought to the best model for public funding of the media,” said Michéal Martin.

“Our current conclusion is that the most sustainable and equitable option is to reform and improve the TV licensing system.

“This currently generates over €150m a year and has clear potential to generate additional revenue.

“Our thoughtful view is that a hybrid funding model combining approved license fee revenue with ongoing Treasury funding is the best way to ensure sustainable funding in the future.”

The Taoiseach also said there must be some distance between the media and the government and that it would not be appropriate for the broadcaster to be funded solely by state money.

There could be, said Minister Martin, no perception of bias. A final decision on fee reform will be taken in November following a report from a technical group within the Department of Tourism, Culture, Arts, Gaeltacht, Sport and Media.

Speaking to Newstalk, Mr Bass criticized the decision not to accept the Commission’s report on the levy.

“This particular government has decided to set up a commission at public expense to make a recommendation on how he should be treated and they are going to ignore the outcome of the commission,” he said.

“As a country we obviously don’t prioritize Irish content, I’ve always said that if we don’t pay for it we won’t get it and [there’s] a decreasing amount of money and the license fees have not been increased for, I think, more than 15 years.

Don’t miss these wireless noise canceling headphones from Sony at a record low price of $124 ahead of Prime Day!