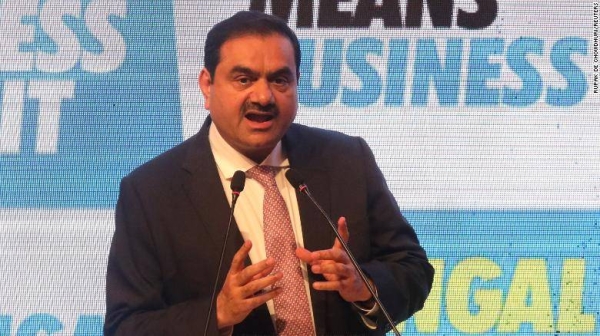 This comes as the multi-billionaire decided to take a majority stake in the company.

NDTV says it “was executed without any input, conversation or consent” from the company’s founders.

Adani’s offer on NDTV, which operates TV channels and websites, has drawn attention as he is seen as close to Prime Minister Narendra Modi.

AMG Media Networks, a unit of billionaire Gautam Adani’s conglomerate, said in a statement on Tuesday that it had acquired a 29% stake in New Delhi Television by buying out one of the network’s major shareholders for an undisclosed sum.

It has also launched an offer to NDTV shareholders to buy another 26% stake in the broadcaster for $61.77 million, according to documents filed by Adani Group on the Mumbai Stock Exchange.

“This acquisition is an important step” for AMG Media Networks, said Sanjay Pugalia, the company’s CEO in a press release. The company “seeks to empower Indian citizens, consumers and those interested in India with information and knowledge”, he added.

Responding to the offer, NDTV said it only learned of Adani’s intentions on Tuesday.

“NDTV has never compromised on the core of its operations – its journalism. We continue to proudly uphold this journalism,” the company said in a statement.

Adani had acquired the 29% stake in the company without any “discussion, consent or notice”, the founders and promoters of NDTV said in a statement.

Founded in 1988 by journalists Radhika Roy and Prannoy Roy, NDTV is considered one of the most credible news networks in India. It is also one of the few major broadcasters to often criticize Prime Minister Narendra Modi and the ruling Bharatiya Janata party.

Adani’s decision has raised fears of diminished editorial freedom and plurality in the world’s largest democracy.

Prominent Indian media groups often have interests in other sectors, according to a 2019 report by Reporters Without Borders (RSF), which said most major companies are owned by “large conglomerates that are still controlled by the founding families and who invest in a wide range of industries outside of media.”

That means TV stations and newspapers need to stay on the ruling party’s good books and mitigate its failures, as their owners need supportive regulatory policies for their other businesses, experts say.

Adani, the founder of the Adani Group, controls businesses ranging from ports and aerospace to solar power and coal. His fortune has grown exponentially since the start of the pandemic as investors bet on his ability to grow his business in the sectors Modi has prioritized for development.

According to the Bloomberg Billionaires Index, Adani is currently worth $135 billion, making him the fourth richest man in the world.

However, the group’s media foray comes at a time when its rapid debt-fueled expansion has become a concern for analysts.

“The Adani Group is increasingly venturing into new and/or unrelated businesses, which are capital intensive and raise concerns of overbroadcast execution oversight,” wrote Tuesday. CreditSights analysts in a report. — Agencies