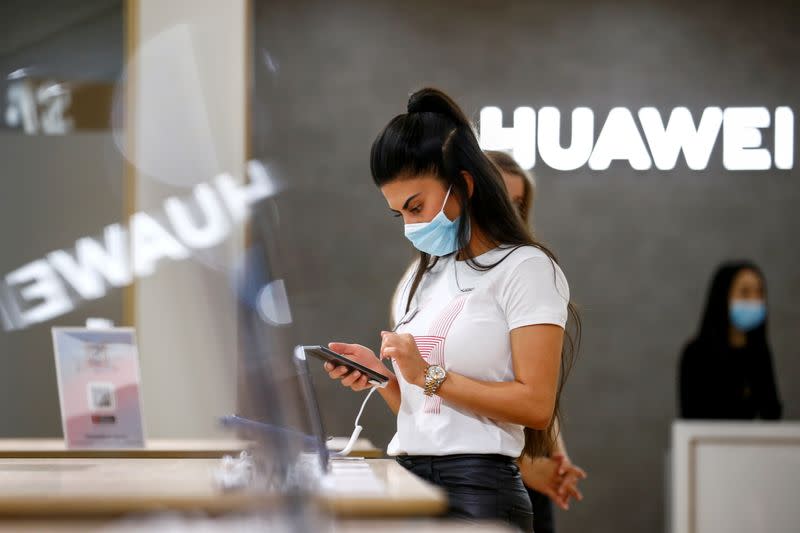 SHENZHEN, China (Reuters) – The chairman of Huawei Technologies has said that although US sanctions have stifled his smartphone business, he will not give up and is considering returning to the industry’s â€œthroneâ€ eventually.

In 2019, former US President Donald Trump accused Huawei of being a national security threat, placed it on an export blacklist, and banned it from accessing critical US-sourced technology, affecting its ability to design its own externally sourced chips and components.

“Everyone knows that phone chips need cutting edge technology in a small size with low power consumption. Huawei can design it, but no one can help us do it: we’re stuck,” Huawei chairman Guo Ping said in a transcript of a recent question-and-answer session with staff seen by Reuters.

Guo added, however, that the issues could be resolved.

â€œHuawei will continue to exist in the field of mobile phones and with the continued advancements in chip production, the smartphone throne will eventually return,â€ he said.

Huawei, which was briefly the world’s largest supplier of smartphones, left the ranks of China’s top five sellers in the last quarter, the first time in more than seven years, according to research firm Canalys.

In November, Huawei sold its low-end smartphone brand Honor – a move to keep the company alive.

Huawei’s revenue fell 29% in the first half of this year, its biggest drop on record, with revenue for its consumer business group that includes smartphones plunging 47% to 135.7 billion yuan ($ 21 billion).