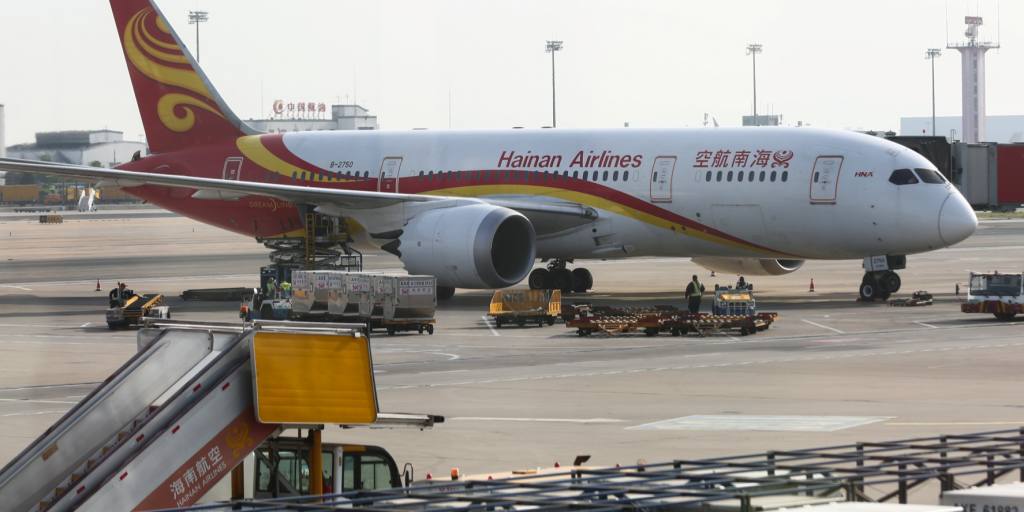 HONG KONG – Bankrupt Chinese conglomerate HNA Group took a step forward in its restructuring process this week with a plan to inject new capital into its major airline and infrastructure subsidiaries.

Investors in Hainan Airlines Holding agreed on Monday on a plan to double its capital base and allot new shares to a designated strategic investor and a group of creditors who will be indemnified in shares, according to a statement.

The bankruptcy administrators, appointed by the High People’s Court of Hainan Province, selected Liaoning Fangda Group, an industrial conglomerate operating in the carbon, steel, medicine and retail sectors, as strategic investor of the carrier.

In total, 16.43 billion new Hainan Airlines shares will be issued, bringing the total number of shares to 33.24 billion. The sale price was not disclosed, but based on Friday’s closing price of 2.25 yuan on the Shanghai Stock Exchange, the new issue will be worth around 37 billion yuan ($ 5.72 billion). Hainan Air shares closed Tuesday up 4.9% to 2.36 yuan, after trading was suspended on Monday.

Among the new shares, at least 4.4 billion will be allocated to the strategic investor, while the rest will be used to repay part of the debt.

Investors in HNA Infrastructure Investment Group, another Shanghai-listed unit of the conglomerate, followed the airline on Tuesday and voted to approve a separate deal.

A disclosure to the Shanghai Stock Exchange says the company will triple its capital base and split the shares between the named strategic investor, some creditors accepting redemption in shares, and existing small investors. Less than 3% of the enlarged share base would have to be canceled to fulfill the company’s commitment made before filing for bankruptcy.

The infrastructure company’s strategic investor is Hainan Development Holdings, a conglomerate controlled by the Hainan provincial government, and around 29% of the total shares will be allocated. No price tag was attached to this share issue, but it would be worth around 86.28 billion yuan, if Monday’s closing price of 11.04 yuan is applied. HNA Infrastructure is expected to resume trading on Wednesday after a full day of trading suspended Tuesday pending this announcement.

The disclosures come just days after the debt-laden HNA Group, a once aggressive buyer of foreign assets that has become one of China’s most high-profile corporate bankruptcy cases, said its chairman and chief executive officer. General had been taken away by Chinese police on suspicion of crimes.

These steps mark a small but important step in HNA Group’s bankruptcy proceedings, which were first filed in January.

However, creditors’ votes on larger restructuring plans for the two companies have been postponed until October 20. They said the delay gave some creditors more time to make up their minds. For Hainan Airlines, the plan is to merge 11 airline-related companies into a single new unit, while HNA Infrastructure seeks to form a new company by combining 21 airport-related companies.

According to the disclosure, the 11 entities owe a total of 397.2 billion yuan to 4,915 creditors. Their assets amounted to only 94.58 billion yuan, while the total liquidation value, excluding leases and other intangible assets, was 40.95 billion yuan, well below their total debts.

For HNA Infrastructure, claims from 21 entities totaled 95.19 billion yuan after submissions from 3,242 creditors were vetted by the court. Assets, meanwhile, total 48.16 billion yuan at face value, but their liquidation value is 22.89 billion yuan.

Some claims will be prioritized, including employee salaries and various taxes, which are stipulated to be paid in full in cash. Small creditors of less than 100,000 yuan will also be fully compensated.

Creditors will be protected up to the market value of their collateral, but the remaining portion with interest will be repaid in installments. For the airline’s creditors, interest payments must be made twice a year starting June 20, 2022, while the principal will be repaid over 10 years starting December 20, 2023.

But for the airport cluster, the initial payment of the principal is deferred until December 21, 2025, but will be completed within 10 years. For construction payments only, the repayment term is set at three years from December 21, 2022.

The HNA Group was once one of China’s biggest buying conglomerates, buying up assets such as hotel chain Radisson, aviation services company Swissport Group and stakes in Deutsche Bank and airlines and airports, in countries as far apart as Brazil, Australia, Ghana, Turkey and South Africa. The rapid expansion with a heavy reliance on leverage led to a collapse, which surfaced in 2017.

The Hainan court decided in mid-March to consolidate the receivership proceedings by virtually merging the parent company HNA Group with 320 of its subsidiaries. The decision to treat them as one organization follows the court’s assessment that the management of the group was “very mixed” and “chaotic,” saying the companies were independent in name only.

Gu Gang, who heads the court-appointed task force and the largest Communist Party cell within the HNA group, said in an internal meeting on September 18 that the group would be divided into four independent entities – airline , airport, finance and commercial and others. According to the company’s official WeChat account, Gu told more than 2,000 employees that day that these new entities will “each be headed by new controlling shareholders and will be completely independent of each other.”

Last Friday, Chairman Chen Feng and CEO Tan Xiangdong, co-founders of the group and members of the former management team, were arrested by Hainan local police “because of suspected crimes,” according to the company statement. As of Tuesday evening, details of the allegations and their fate remained unknown.

How to prevent apps on your smartphone from tracking your every move.