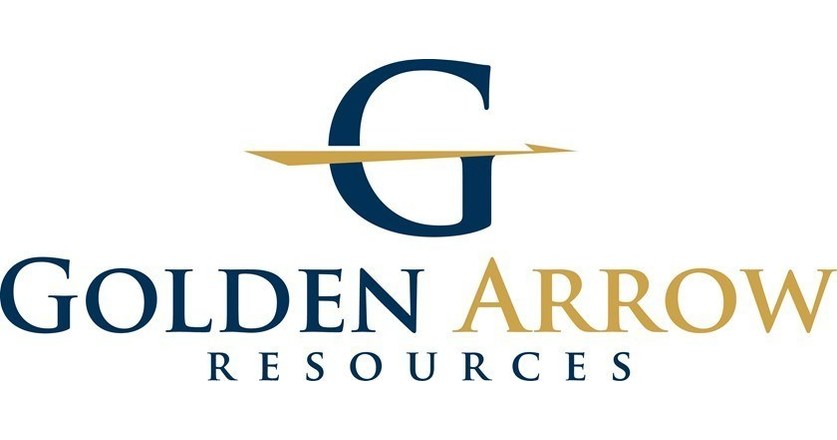 “We are very excited about this additional data from the MET holes, which suggests a stratiform or mantos type copper deposit model, which is further supported by the mineralization, weathering and host rocks identified to date at Rosales. . This type of high-grade copper deposition is common in Chile, with well-known examples like the El Soldado and Mantos Blanco mines “, declared Brian McEwen, VP Exploration and Development for Golden arrow.

The Company has been awarded a drilling contract and will conduct an initial 3,000 meter phased reverse circulation drilling program to test the targets. The first phase is scheduled to begin in August and will consist of approximately 1,400 meters in four holes, to test the upper and lower conductors and confirm the interpretation (Figure 1). The next 1,600 meters will be used to test the extent of anomalies as well as other targets.

Results of the Rosales project and the geophysical program The Rosales project currently includes 3,444 hectares of 100% owned mineral claims and an additional 900 hectares under application. The project is located in the Atacama region, a prolific mining district that is home to several large precious and base metal mines. The project is accessible by road and is located within 90 kilometers of the Copiapo mining center, with world-class exploration and mining infrastructure readily available.

The initial reconnaissance program at Rosales identified two general areas of promising copper mineralization: the Margarita Mine Trend (MMT) and the NW target. MMT is a 3.5 km long, northeast-southwest trending structural corridor primarily defined by felsic dykes. Chalcocite and chrysocolla have been identified in an outcrop over an area of â€‹â€‹350 meters by 400 meters resting on andesitic volcaniclastics and andesites, within Jurassic volcano-sedimentary sequences. Samples from the region contained an average of 1.74% copper with a high value of 4.37% copper (see press release from July 20, 2020 filed on SEDAR). Copper mineralization fills the fractures and is disseminated throughout the volcaniclastic host rock matrix, with further evidence of manto-type mineralization in this area.

As described in the June 24e, Press Release 2021, The Transient Electromagnetic Surface Loop (TEM) geophysical survey has detected two highly conductive anomalies in the MMT, named G1 and G2, which are estimated to start within 100 meters of the surface. The G1 target is the highest priority target for drilling due to its size, high conductivity, and correlation with high copper values â€‹â€‹in surface rock chip samples.

After completing the surface TEM survey, the geophysical contractor (Quantec Geoscience Chile Ltda.) Completed three lines of TEM drillings crossing the two MMT anomalies to provide resistivity, displayed in vertical images (see Figure 1). TEM probing sections reveal one or more upper areas of moderate conductivity above 250m below the surface, interpreted to correlate with the conductors detected in previously reported fixed loop TEM surveys. In addition, the sounding sections detected a large conductor and extended to approximately 500m depth and appear to resolve the increase in conductivity below G1, near a vertical corridor postulated to represent a power structure.

The flat, layered appearance of the anomalies, combined with the copper sulphide mineralization observed at the surface, is in line with expectations for manto (layered) copper deposits. These deposits generally contain 1 to 2% copper, with a hypogenous mineralogy consisting of bornite, chalcocite and chalcopyrite; mineralization is often associated with alteration of albite[1]. These deposits are relatively frequent in Chile, and in the northern part of the country are hosted by Jurassic volcanic rocks. Many of these characteristics have been noted in Rosales and Golden arrow believes this is an appropriate exploration model for the Project. For reference, Figure 2 (https://bit.ly/2WpMKvq) shows a schematic cross section of the manto-type deposit at the El Soldado mine, located 132 km north of Santiago, which has been operated by several groups over the decades and is currently operated by Anglo-American.

In addition to TEM surveys, Golden arrow conducted a magnetic ground survey covering 5,035 hectares. Preliminary interpretation of the data indicates areas of weak magnetism that coincide with the conductivity anomalies of the loop TEM survey. This has been observed in other mantos-type copper deposits, including El Soldado1.

Independent consultant in geophysics Miles Rideout continues to guide the program and provided additional interpretation of data and recommendations for drilling.

Survey methodology MET surveys were spaced 50m intervals along the lines, and used 200x200m transmission loops. The Geonics Protem instrumentation recorded 3-component data at 25 and 2.5 Hz, in order to record data from near the surface to approximately 1000m depth. The survey data were inversely modeled with the TIMAGE software from Quantec. The sections, made up of 1D stitched patterns, present resistivity data in ohm-meter units, where electrically conductive characteristics are colored red and purple, and electrically resistive characteristics are shown in shades of blue and white. Note that in Figure 1, fixed loop TEM surveys have a conductive response colored in red, and the absence of a conductive response is indicated in shades of green and blue. For more details on the loop survey methodology, please refer to the June 24e, press release 2021.

Qualified people The technical portions of this press release have been reviewed and approved by Brian McEwen, P.Geol., VP Exploration and Development of the Company and a qualified person as defined in National Instrument 43-101.

Golden Arrow Resources Corporation is a mining exploration company with a proven track record of creating value by discovering precious and base metals and advancing them in exceptional deposits. The Company benefits from good leverage on the price of gold, having monetized its silver discovery at Chinchillas into a significant stake in precious metals producer SSR Mining Inc.

Golden arrow is actively exploring a portfolio that includes an epithermal gold project in Argentina, a district-wide border gold opportunity Paraguay, a base metals project in the heart of a major mining district of Chile and more than 180,000 hectares of properties in Argentina.

The Company is a member of the Grosso Group, a resource management group that has pioneered exploration in Argentina since 1993.

ON BEHALF OF THE BOARD

Forward-looking statements are subject to a number of risks and uncertainties which may cause the actual results of the Company to differ materially from those discussed in the forward-looking statements and, even if such actual results are realized or substantially realized, it there can be no assurance that they will have the expected consequences or effects on the Company. Factors that could cause actual results or events to differ materially from current expectations include, but are not limited to: the impact of COVID-19; risks and uncertainties associated with the ability to obtain, modify or maintain licenses, permits or surface rights; risks related to technical difficulties related to mining activities; and the possibility that future exploration, development or mining results will not meet the Company’s expectations. Actual results may differ materially from those currently anticipated in these statements. Readers are encouraged to refer to the Company’s public information documents for a more detailed discussion of factors that may affect expected future results. The Company assumes no obligation to publicly update or revise forward-looking statements, except as required by applicable law.