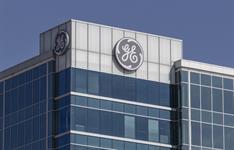 DiJulio will report to GE CMO Linda Boff, who is also vice president of learning and culture for GE and president of the GE Foundation. Boff previously served as head of communications in addition to his role as chief marketing officer, a GE spokesperson told PRWeek.

DiJulio was GE’s senior executive director of global corporate communications, leading the company’s external communications. DiJulio joined GE in 2016 as part of GE Corporate’s global public affairs team, where she partnered across its businesses to drive campaigns and coalitions on key policy priorities and reputational issues. of the brand.

DiJulio spent nearly a decade on Capitol Hill as a Senate aide, where she served as chief media strategist and national spokesperson for five senators, including serving as communications director for the Foreign Relations Committee. of the US Senate. She also served on the board of the bipartisan Association of US Senate Press Secretaries and led the organization as president in 2012.

Last week, GE suspended all operations in Russiaexcept for essential medical equipment and food services, after the country invaded Ukraine.

The company said in November it planned to split into three companies for its aviation, healthcare and energy businesses. In the fourth trimester, GE generated $20.3 billion in revenuedown 3% from a year ago and below the $21.5 billion estimated by analysts polled by Refinitiv.

How safe are trading apps for your smartphone