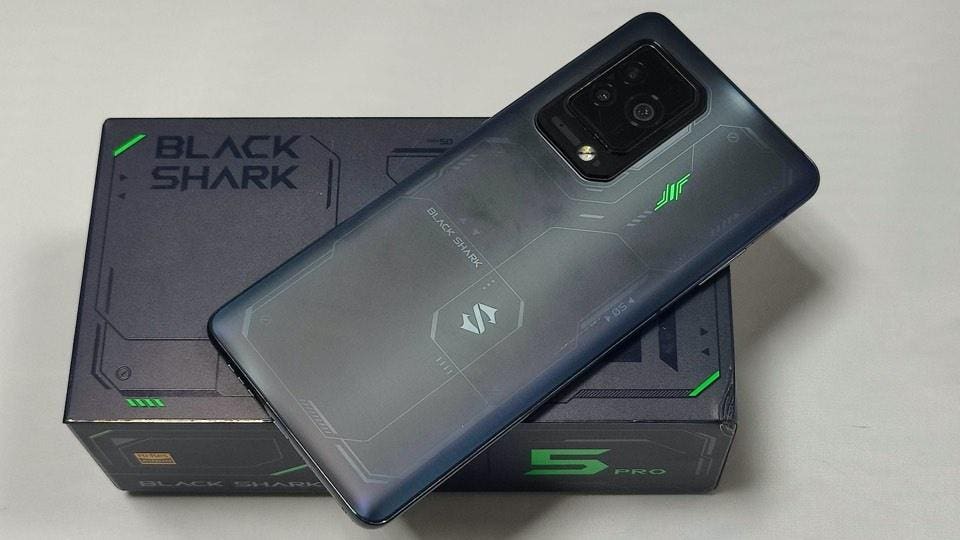 With the continued increase in complexity of mobile games going hand in hand with the increased capability of smartphones, the rise of “gaming smartphoneThe handset class allows manufacturers to focus on specific details important to gamers. This has led to powerful handsets with radical and diverse choices to meet specific needs.

black sharktook a slightly different approach by building gaming handsets that might not reach the bleeding edge but deliver above-average gaming experiences in phones that are almost, but not unlike, regular smartphones.

I spent some time with the latest handset, the Black Shark 5 Proto find out how subtle works as a power-up.

What I find interesting about the Black Shark 5 Pro is that even though it’s a gaming phone, it doesn’t go crazy with the gaming aspect. This is a premium phone optimized for gaming as opposed to a gaming phone that goes all out and sacrifices features that aren’t 100% gaming focused.

To that end, you have specs you’d expect to see in a gaming phone from the first half of the year. This means you have a SnapDragon 8 Gen 1 powering the system. With 8+ Gen 1 coming soon in new smartphones, the Black Shark 5 Pro will be slightly behind the CPU curve from next month… right now it’s one of the leading handsets.

The phone also uses the Adreno 720 for its graphics. Pair those base specs with up to 16GB of RAM and up to 512GB of storage; you have a device that will comfortably deliver 60 fps on demanding games like Genshin Impact, PUBG, and Call of Duty Mobile.

Running those high-end games with high graphics output (which the fast-refreshing 144Hz OLED display can handle) comes with the usual cost, namely heat and power consumption.

On the former, Black Shark has added two vapor chambers to the Snapdragon chipset to help dissipate as much heat as possible. Unlike hardcore gaming phones, which can offer more ventilation, fan-assisted airflow, and radiative surfaces inside the case, the Black Shark 5 Pro has steered away from the more esoteric options to stick with some proven methods.

In general, they work well, although the handset heats up and the heat is expelled to the same place as the palm of your hand. With an offset camera island unbalancing the rear of the smartphone, something doesn’t quite click when you’re holding the handset. It’s a bit awkward, which is amplified in a long gaming session.

The Black Shark 5 Pro makes tiny compromises throughout the system… you have an OLED display and not an AMOLED display, and the 720Hz touch sampling is high but not the highest. The cooling system remains subtle and above all effective but is not assisted by any active technology. Both the selfie camera and the ultra-wide camera lens are prime lenses (although autofocus is oddly present in the macro camera.

The battery is slightly smaller than other handsets of this generation, sporting 4650mAh, but the Black Shark 5 Pro has one advantage… it has impeccable fast charging capabilities and the 120W charger comes in the box with the phone. This offers a 91% empty charge time of fifteen minutes and thirty minutes to go from empty to 100%.

Long gaming sessions will mean more access to the fast charger. Is this a deal breaker? It depends on your mobility when using the phone. If you’re on the go, on the go, and away from a recharge, the Black Shark 5 Pro might miss out. Playing at home shouldn’t be a problem.

Design-wise it doesn’t look like a gaming phone. There are a few nods to the excess and dynamism of the idea of ​​a gaming phone, but at a short distance this looks like a nice regular Android smartphone.

The key concession, and one that many gamers will appreciate in more action-based landscape-oriented games, are the two shoulder buttons. Found on the top right and top left of the handset when held in landscape mode, these shoulder buttons remain hidden within the handset until you activate them with two switches – at which point they appear and can be triggered as needed, usually by the index fingers.

They’re programmable for each game, so you can change whatever settings you like, and under normal phone use, you can assign them specific functions, like take a picture, turn on the flashlight, or open a specific application.

Then there’s the notification light. The back of the phone has subtle inking that looks like wiring around a circuit board, not a lot but enough to be seen. Part of these rows has an LED underneath that will glow a set of user-defined colors for a number of defined actions such as music playing, charging, and incoming calls.

The Black Shark 5 Pro isn’t brash and it doesn’t carry its gaming credentials where it can be seen. But they are there. Die-hard professional gamers will look elsewhere, but for those who love “a good game” and want the hardware to both meet those demands and deliver a solid, responsive smartphone experience for the rest of the time, the Black Shark 5 Pro deserves consideration… Although the sort of consideration one would get on any handset that fits the mid-priced “flagship killer” genre.